COMPARISON (a board first??)

Discuss costumes from the movie and other clothing & apparel.
Post Reply
19 posts

Ninth Delegate wrote:Forni: Now that you've seen the vest in person, what is your opinion on the re-dyed theory? Has it had a thin coating after manufacturing to make this appear a shade darker on film like Cindy Chan claimed?
There's definitely some sort of dye that's rubbed off the buttons.

I looked for that but found no remnants of any kind of dye
Also, when the cast members looked at my vest, they said that it was the closest in color to the originals and said all the maroons were way off
Also, also, the buttons are two-toned - i didn't see any indication of dye (see pic below)
Also, lastly, who the hell is Cindy Chan?!? 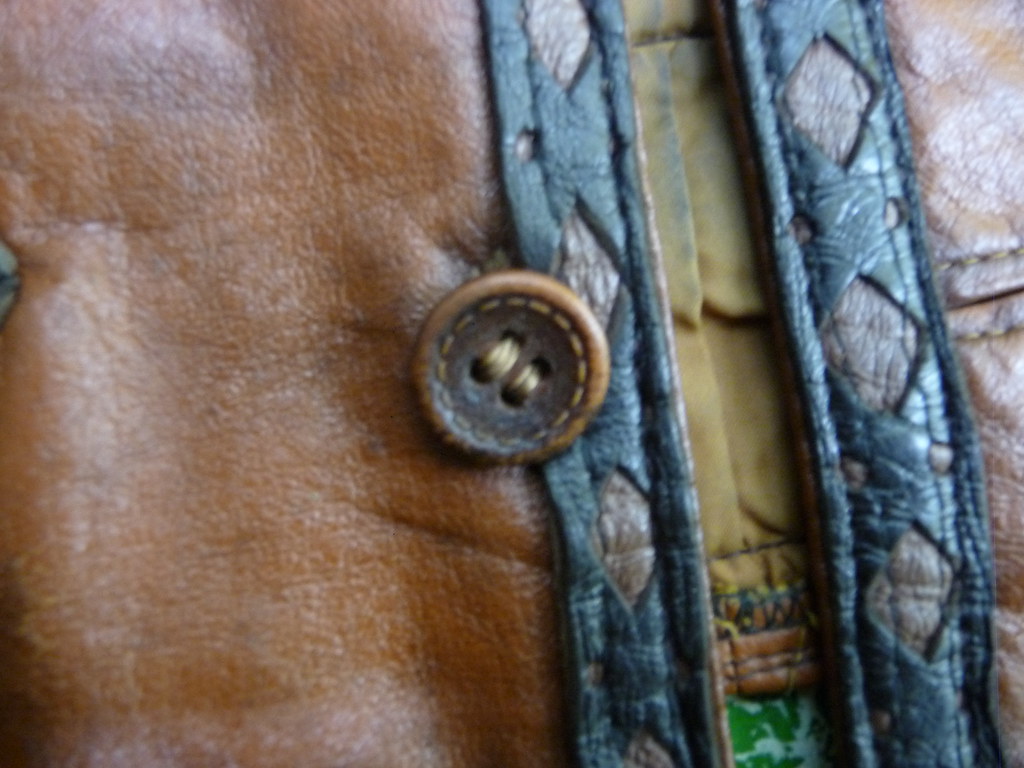 From the photos, it appears to my eyes that darker colouring has worn away on the outer edges of the buttons to show the original tan plastic.

Cindy Chan is the Asian chick of CCWizard patches fame.
[IMG]http://i85.photobucket.com/albums/k70/shaunographic/warriorssig.jpg[/IMG]
Laziness is a skill that must be practiced everyday.
Top

COCHESE - does the button appear to be two-toned, or worn away?

This may be a case of when we look too hard, our eyes plays tricks on us. The creases on the pleather around the button seems darker, but that could be shadow. I would go as far and say IMO that isn't the manufacturers thread/stitching in the buttons. Likely what Bobbie's costume dept did when adding the piping.
[IMG]http://i85.photobucket.com/albums/k70/shaunographic/warriorssig.jpg[/IMG]
Laziness is a skill that must be practiced everyday.
Top
Post Reply
19 posts