These are ones that spring to my mind, not necessarily Warriors-esque but if you like The Warriors you'll probably enjoy them. thought this would make a good thread, wouldve posted in theare but still earning my vest.

Black Rebel Motorcycle Club cause chaos in a town and rumble with The Beatles where the band supposedly got there name from. 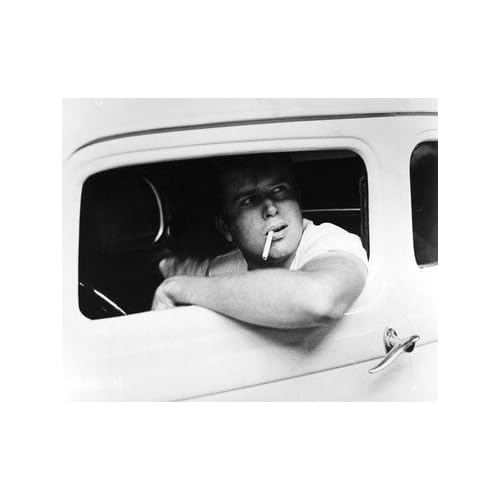 Saw this on here, havn't scene but gonna check it out.  :shock:Sly before rocky AND death race 2000? i thought he only did adult movies before then so the rumours go  :-k. 50s-set gang film.

Havn't seen this but read the book and loved it. maybe someone here has seen it? awesome cast/director. Greasers and Socs in 60s.

bit of a mod myself as it happens  :p 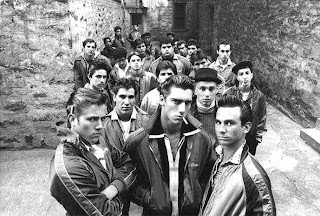 The Warriors rival movie. Again i havnt seen it but it looks worth a look.


tell me what you think of these for starters, especially the ones i havnt seen, and add what ive missed

in my opinion the wanderers is a real good movie, definitely worth seeing first on that list. its up there with the warriors for me. i recently seen both the outsiders and lords of flatbush and i would say they are also worth watching, but i didnt like them as much as warriors or wanderers. i would watch them again though. i might like lords of flatbush better than outsiders since it has that NY feel to it.
some people also mention "west side story" when talking about gang films but the movie has a lot of singing and dancing so i dont know - i only seen bits and parts of it so i really cant say. i also cant stand musicals so i might be bias even if i did see it.
Top

Quite a few gang related movies get mentioned in this thread (some old skool, some new)

My favorite film featuring greasers is a low budget flick directed by Robert Rodriguiz (Too much effort to spell check his surname) that goes by the name of Road Racers.

Gotta give a shout out to Deathwish 3.

Is it just me, or does sly stallone look a lot like joey from friends in that pic? "Heyyy, how you do-in?"
[IMG]http://i85.photobucket.com/albums/k70/shaunographic/warriorssig.jpg[/IMG]
Laziness is a skill that must be practiced everyday.
Top

im going to have to recommend "Thrashin'" to that list. its an 80's skateboarding gang movie - if you wanna consider that old school
Top

I have a vague recollection to a film called Rappin Hood. It was out in the late 80's early 90's when break dancing had vanished off the scene (nice timing, studio execs).  Thing 8 mile with a lame gang on your on the right tracks.
(for the record, I never watched this movie but it was on the trailers for half the videos I rented during that period of time).
[IMG]http://i85.photobucket.com/albums/k70/shaunographic/warriorssig.jpg[/IMG]
Laziness is a skill that must be practiced everyday.
Top

OMG! I love the Wanderers movie!
It's like an Italian gang facing these guys called the Ducky boys.
The Ducky Boy's leader is Vance. The leader of The Punks which i find kinda cool cause' he is the leader in both movies.

i love you Freddy :D
Top

ah! ive got an obscure one some of you have probably seen.

pretty crap (it is troma) ... was kinda expecting a warriors vibe when i watched it

. its hilarious but the soundtracks great downloaded a rip of it.

"taste some of mamas home cooking!"

you need to watch all them movies right now...
don't eat or sleep till it's done...
Top

got the outsiders for christmas its pretty good. its an interesting story behind it cus a school like basically petitioned francis coppola to make it and he threw out the original script and wrote his own. it follows the book well but seems a little lacking in the depth u get from the first person narrative in the book.

looks great though... mud wrestling much

. estevez's flick knife is epic too! and the cast is just awesome matt dillon is soo good as dallas winston.

just need to see the wanderers.. then thats all the ones i put up

loved it! as usual like when i watch dogtown and z-boys i ended up going out skating... rigged up a nice set up and had a great skate which is surprising usually i suck cus last year is skated everyday and with the weather at the mo i skate like once a month.

awesome to see all the skaters, and young josh brolin. i missed tony alva though hes in it somewhere... mustve not been paying attention. thanks for the recommendation triscender.

im glad you liked it - its one of my faves. all you need to watch now is the wanderers!!
Top
Post Reply
95 posts