You have two choices when it comes to watching The Warriors on DVD or Blu-Ray. Fans of the movie argue that the theatrical release is better, but the special features on The Warriors Director’s Cut disc make that worth buying. The full details of both editions are listed below. 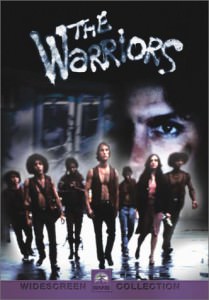 The original DVD was released in 2001 and features the unedited theatrical version of the film. The details of the DVD are as follows: 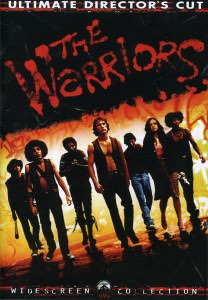 The 2005 Ultimate Director’s Cut features the re-edited version of the movie. The Region 2 DVD cover uses the original movie artwork whilst the Region 1 DVD uses a new fire design. The details are as follows:

The “extra scenes” referred to on the cover relate to 7 brand new ‘cartoon transition scenes’ and not the 7 deleted scenes featured on this website. The director’s cut does not contain a commentary but the four 15 minute behind-the-scenes features cover a lot of material with regards to the movie’s production.

The Warriors Director’s Cut is also available on Blu-Ray which uses the fire-design cover art. The movie looks astonishingly good in high definition considering that the movie was shot in 1978. Unfortunately, the special features on the are not in HD. 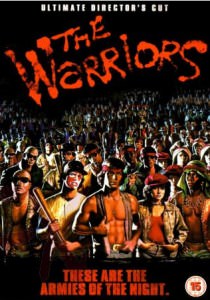 The behind-the-scenes features on both the special edition DVD and Blu-Ray are:

The Warriors is also available on UMD for the PlayStation Portable and is available for download from iTunes and other digital retailers. The movie was also previously available on Laserdisc, VHS and HD-DVD. The movie is often available to stream for Netflix subscribers.