This page profiles the key members of The Warriors production team responsible for creating and filming The Warriors movie.

When Walter Hill read Sol Yurick’s novel The Warriors he thought it would make a fine motion picture, but because it doesn’t have star roles, he felt no one would take a chance on it. That was before he began his successful teamwork with producer Larry Gordon. When Walter gave him the book, Larry also loved the idea, and with their faith in the material and each other, they were able to bring The Warriors to the screen. 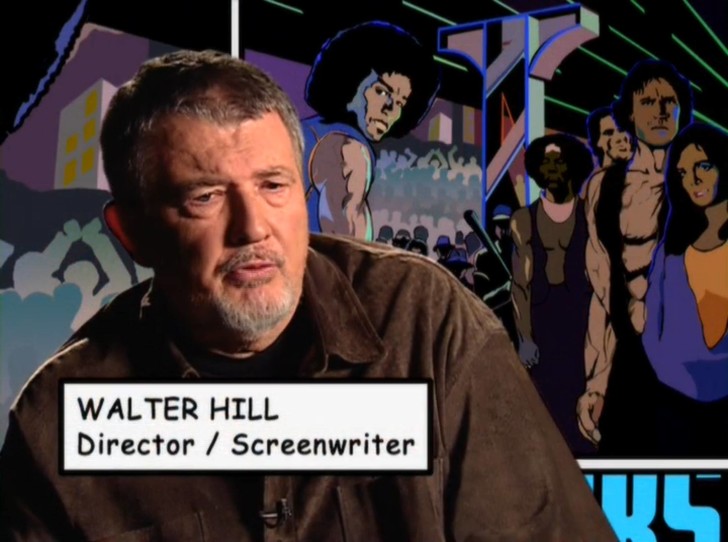 Hill made his name in Hollywood as a screenwriter. In his first script, Hickey and Boggs, Robert Culp and Bill Cosby starred in a nihilistic variation on the traditional detective thriller. Then came The Getaway, a criminal protagonist tale of a couple on the run from the law. Starring Steve McQueen and Ali MacGraw under the direction of Sam Peckinpah The Getaway became a huge commercial hit, with a net of almost $50 million at the box office. Hill also wrote The Mackintosh Man, directed by John Huston, starring Paul Newman and Dominique Sanda, and The Thief Who Came to Dinner starring Ryan O’Neal and Jacqueline Bisset.

Hard Times, starring Charles Bronson and James Coburn, was his first directorial effort (also from his own screenplay). It was Larry Gordon who gave him that first break as he, too, was starting out, in his own production company. It turned out to be a very good move as the film was a hit both at the box office and with the critics. They continued to team with The Driver which Hill again wrote and directed.

He was born in Long Beach, California on the 10th January 1942. As a university student, he studied art and literature while residing in Mexico City. Before working in the movie industry he worked in oil drilling and construction in the 60s before becoming an Assistant Director in 1967. The summer spent in New York filming The Warriors was his longest stay on the East Coast, but he admits enjoying the challenge of shooting in the streets and subways at night making use of that constant flow of energy which New York generates.

Walter Hill has written, produced and directed over 25 movies and TV shows. The last film he Directed was Bullet to the Head (2013) starring Sylvester Stallone. He is a Producer for Prometheus 2 which is due for release in 2016.

The Warriors was Lawrence (Larry) Gordon’s sixth film under his own production banner and his third with writer-director Walter Hill. While Gordon was making his nightly appearance on the set, three of his films were playing in over 2,500 movie theatres across America. Even some major studios do not have that many productions in one summer. 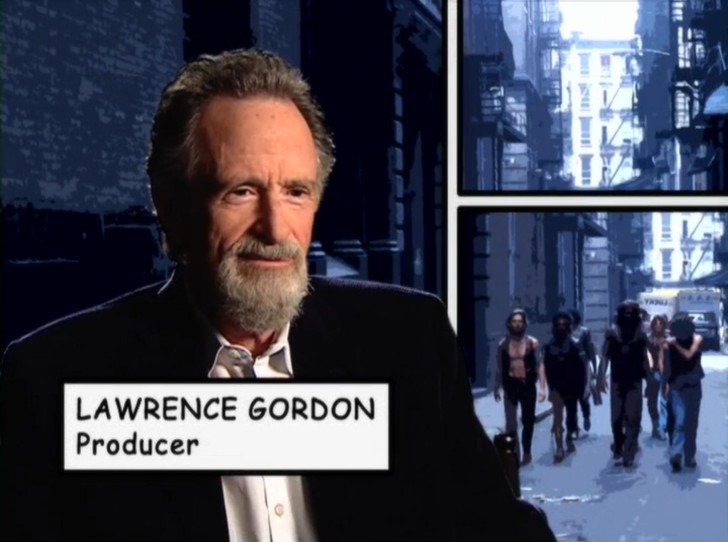 The three films were Hooper and The End starring Burt Reynolds and The Driver with Ryan O’Neal, Bruce Dern and Isabelle Adjani. Gordon personally produced the last two simultaneously, a rare feat in Hollywood at the time. During the day he was on the set of The End and at night he moved to the location shooting of The Driver which filmed for 47 consecutive nights in Los Angeles.

Born in Yazoo City, Mississippi on March 25th 1936, Gordon graduated from Tulane University, then attended the law school at the University of Mississippi for one year before gravitating to Hollywood. His first association was with television producer Aaron Spelling on the Burke’s Law series, graduating from $50 a week “gofer” to an associate producer and a writer of multiple episodes on the various Spelling shows.

Gordon joined ABC Television as head of West Coast Talent Development, leaving the network to become a Vice President of Screen Gems (which later became Columbia Pictures Television), where he worked on the development of new projects, including Brian’s Song, and ABC TV movie of the week starring James Caan and Billy Dee Williams which became one of the highest rated and most critically acclaimed productions on television.

He left Screen Gems to become Vice President in charge of worldwide production for American International Pictures. Among his successes at AIP were Dillinger (on which he also served as Executive Producer) and the animated feature Heavy Traffic.

After three years, Gordon resigned from AIP to form his own company. His first production was Hard Times written and directed by Walter Hill for Columbia Pictures. It starred Charles Bronson, James Coburn and Strother Martin. He followed this film with the controversial Rolling Thunder starring William Devane and Tommy Lee Jones.

Gordon has always had faith in the writer as the creative force in movie-making. He demonstrated this by giving two writers their first opportunities to direct — Walter Hill with Hard Times and John Milius with Dillinger. He also gave Milius and Willard Huyuck (American Graffiti) their first screenwriting assignments.

The last movie that Gordon produced was Watchmen in 2009 but he is currently working on the newly announced Hellboy 3.

The Warriors was Frank Marshall’s second stint with producer Lawrence Gordon and director Walter Hill as he served as associate producer on the production of The Driver. He was also associate producer on Paper Moon, Daisy Miller, At Long Last Love and Nickelodeon. Other credits include The Last Waltz, The Thief Who Came to Dinner, That Last Picture Show, What’s Up Doc?, Targets and Orson Welles’ The Other Side of the Wind. Son of a renowned jazz guitarist and arranger, Marshall has also shaped musical acts and produced several record albums. 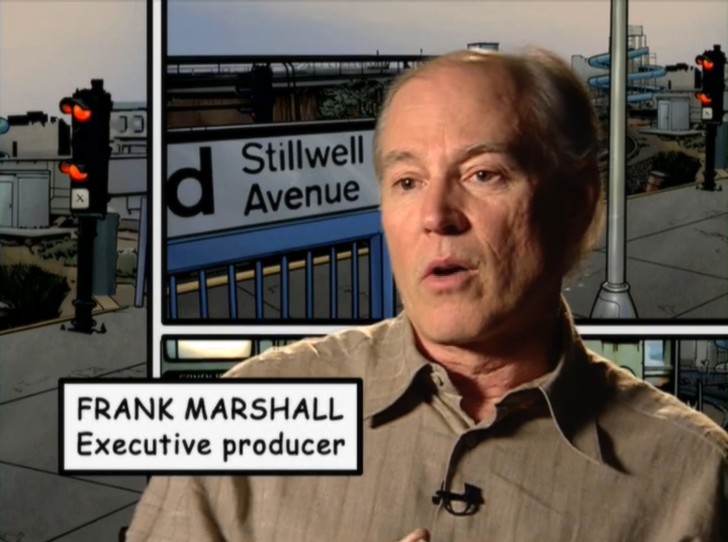 Marshall was born on September 13 1946 in Los Angeles, California and has had a very successful career as a Producer. He is currently producing a large number of movies including Jurassic World and Assassin’s Creed due out in 2015, The Bourne Betrayal due in 2016 and the next Indiana Jones movie.

Director of Photography, Andrew Laszlo’s career in film and television began 25 years before The Warriors from the original Phil Silvers TV Show to Somebody Killed Her Husband with Farrah Fawcett-Majors. He has worked on locations all around the world but admitted to particularly enjoying filming The Warriors in New York City. “There is something exciting about shooting here. The entire city is a back lot”. 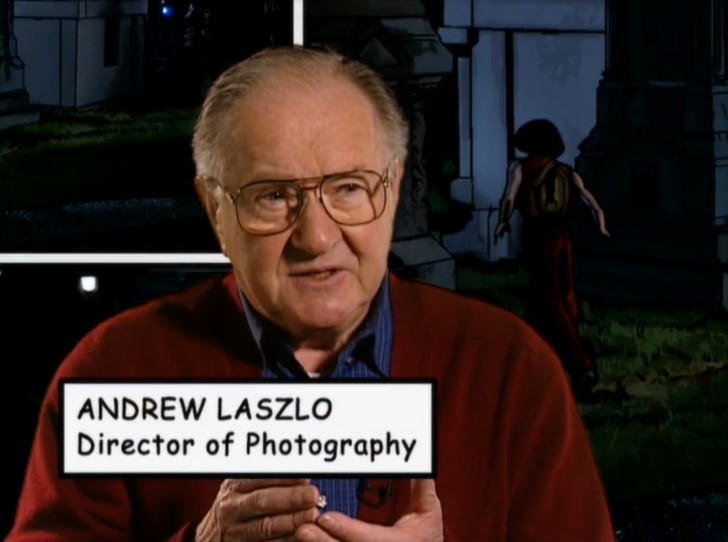 Laszlo was born in Papa, Hungary on January 12 1926, where he then worked as an apprentice cameraman before emigrating to the United States in 1947. He served as a combat cameraman in the Army before entering television production. His extensive list of credits includes The Night They Raided Minsky’s, Popi, The Owl and the Pussy-cat, Class of ’44, Thieves and, on television, Washington Behind Closed Doors and the Dain Curse.

He served two terms as Governor of the National Academy of Television Arts and Sciences. He lived on Long Island with this wife and four children. Laszlo died on October 7th 2011 aged 85 in Bozeman, Montana. The last film he was involved in was Newsies in 1992 where he holds the cinematographer credit.

David O. Sosna was the Assistant Director working with Walter Hill who was also supported by Neil Canton. Joel Silver was the Associate Producer of The Warriors and was supported by four editors – Freeman Davies Jr, David Holden (read our interview with David here), Susan E. Morse and Billy Weber. 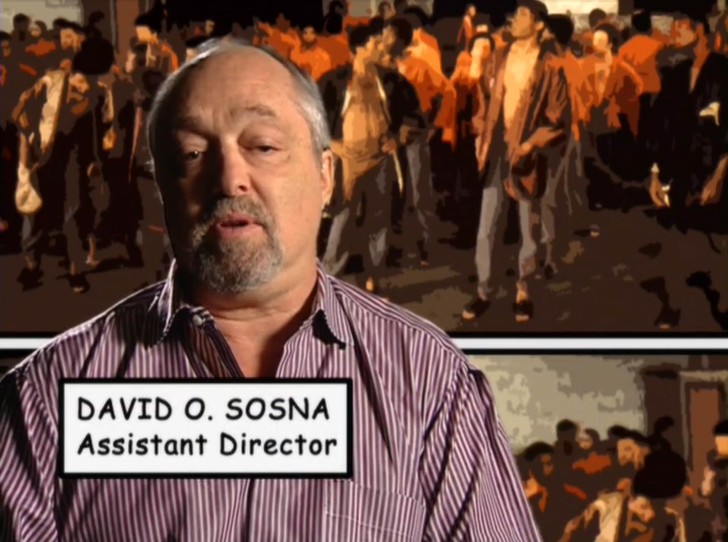 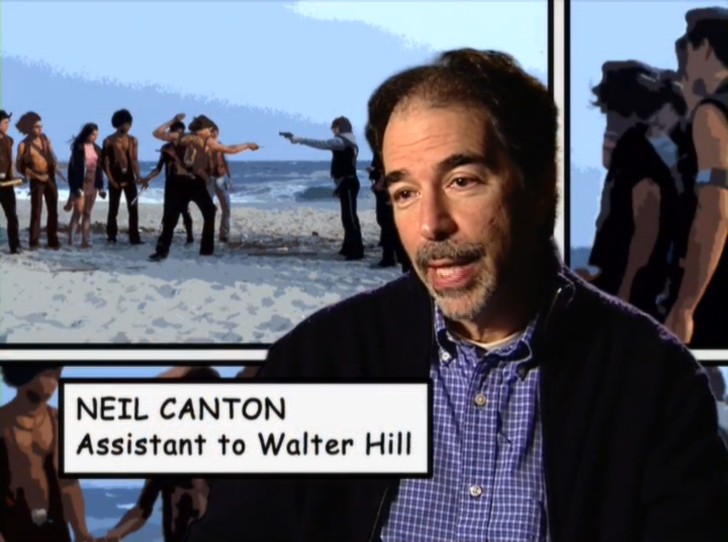 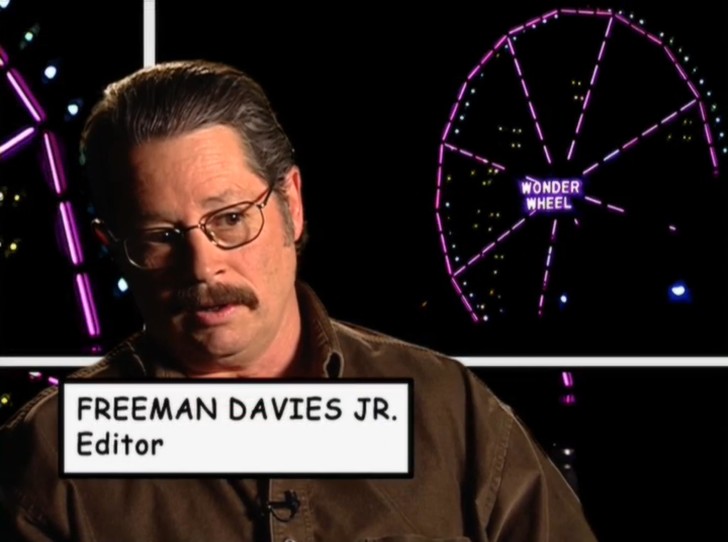 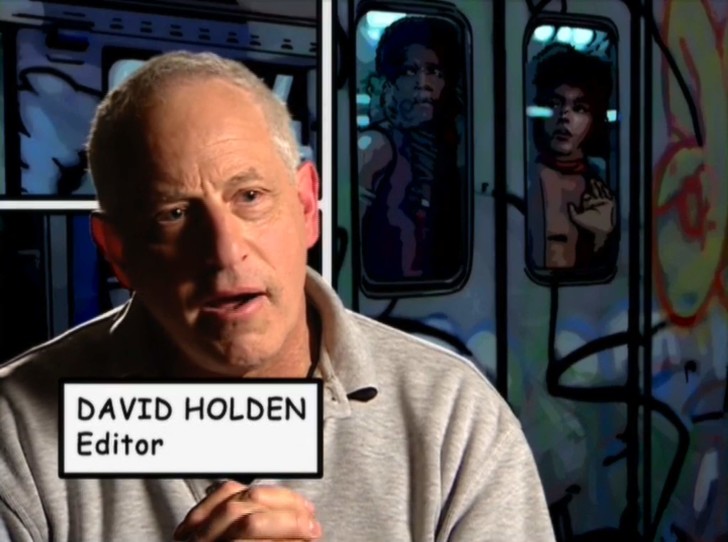 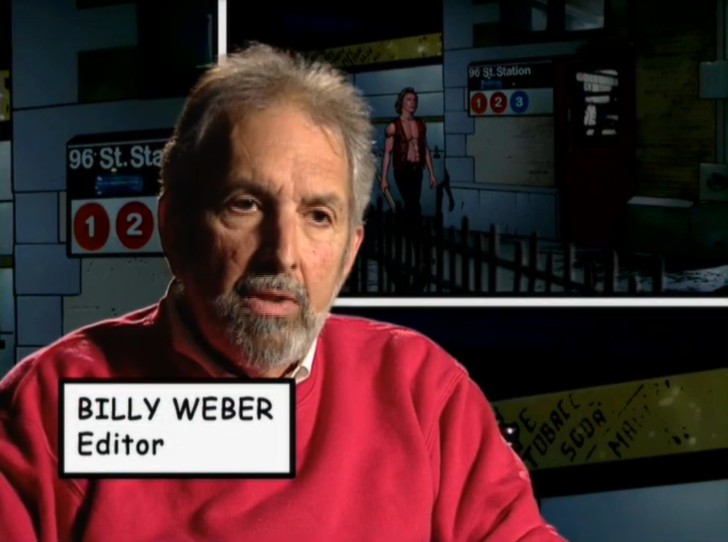 Craig Baxley was the Stunt Co-Ordinator who choreographed the fight scenes and was Roger Hill’s stunt double when he falls off of the stage at the conclave. 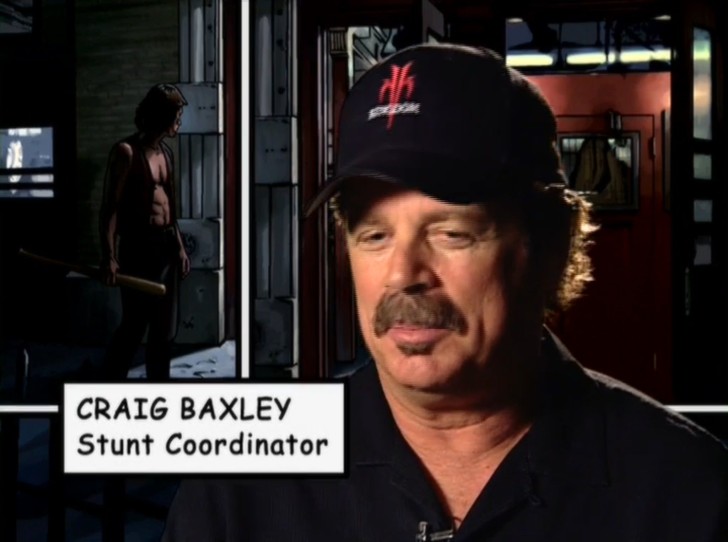 Bobbie Mannix was the movie’s Costume Designer. You can read more about the costume design here. 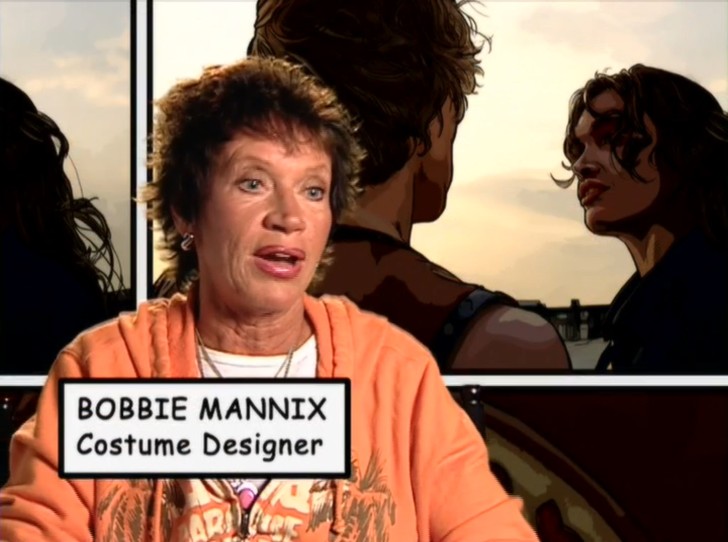 The film’s score was composed by Barry de Vorzon. To learn more about the soundtrack and to hear samples of each track, click here. 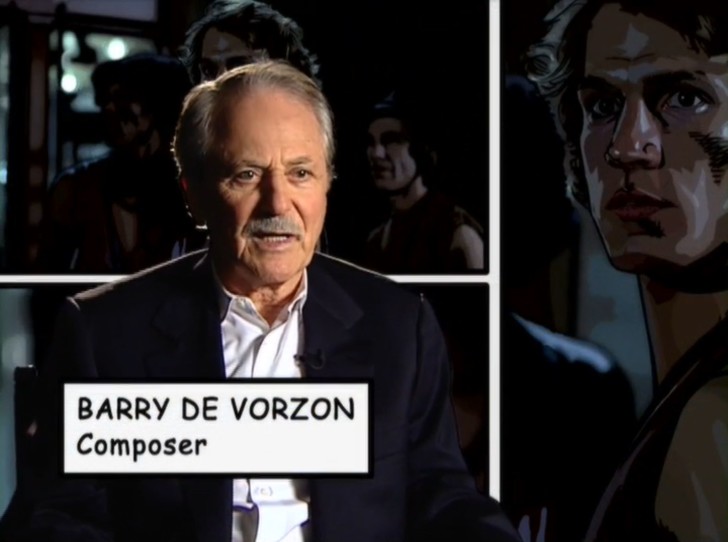