David Holden was one of the editors of The Warriors. David stopped by to answer a few questions that were posted in the forum. Thanks to those who submitted questions, and thanks to David!

David Holden: Great to see such enthusiasm for a movie we threw together hastily back in ’79. I had a crushing amount of footage to deal with (we nicknamed Walter Hill “the blanket” because he covered everything. After a while cutting in NYC, Freeman Davies came from LA to help me out, then Billy Weber joined the two of us when we moved back to LA. We still worked with film in those days (no computerized editing yet), and had tads of assistants keeping KEM rolls in sync. We had a rough cut ready 3 days after shooting ended. Then came the grind, under Walter’s direction (and the watchful eyes of Larry Gordon, producer, and Frank Marshall) to pound the film down to its final 87 minutes. Stuff that was dropped needed to be to make the movie work. See the DVD extras for details.

Emissary asks: How much Thomas Waites footage was cut or redone?

Tom Waites had a bad attitude during filming, and it threatened to infect the other actors. It was decided to alter the plot and have him die by being thrown under a subway train, as filmed. In the rest of the filming a lookalike was used (I think it was Tom’s stunt double), shooting always being done over Fox’s shoulder so you’d never see his face. Later Tom came in and (as per contract) voiced his dialogue. So not much was “dropped,” rather his presence in the rest of the filming (for scenes EARLIER in the movie chronology, before his death) were doubled. 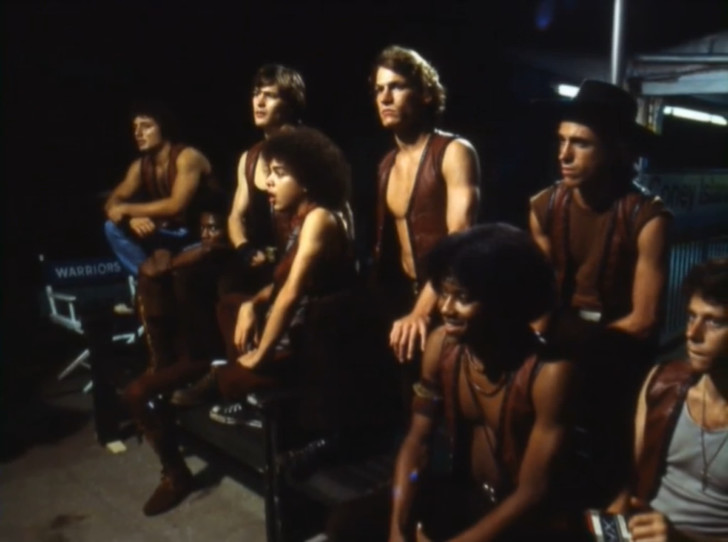 The Fox asks: How much film actually existed before the cutting started?

Of course, I started editing the moment shooting began (actually a day later, when stuff came out of the lab). I would cut (edit) material to show Walter and Larry and Frank on Sundays (their day off) when they came to the editing room. As to the total amount of footage we had, I’m not sure, over 150,000 feet (1000′ is a reel). For the conclave and riot in Brooklyn alone I must have had 30,000 ft. Reels and reels of Cyrus’s speeech, the gangs, the Warriors’ arrival, the shooting and aftermath, etc. Everything was covered in multiple cameras and takes. I’d be looking for those choice moments — like Cyrus saying “little piece of turf” — that were the most choice. It was a mining operation, going for the gold. 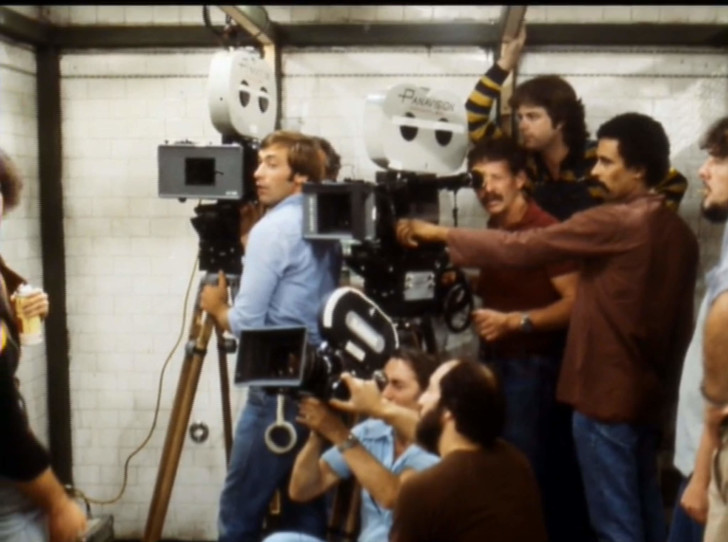 War Chief asks: A question that is often asked is whether there were any other scenes cut from the movie (other than those on the extra scenes page).

Wow — the extra scenes page brings back memories. Actually, most of those scenes were added to the TV version becuase, when they took out most of the fight footage, the movie wasn’t long enough. I could never bring myself to look at the TV version, knowing the s*** that was in it (I lobbied strongly for the movie to start at night). I can see why the last dropped scene under the pier was omitted — no Warrior should want to run anymore at that point in the story.

I remember daytime footage of the Warriors riding the subway until the car plunged into darkness. I used the Drifters “Under the Boardwalk” as temp music. This too was dropped when we decided to start at night, and I chose to begin with the Wonderwheel and the strange, almost mysterious opening. Where are we? Who is Cleon talking to? The way Walter shot the little diolog riffs between the guys only accentuates this sense of dislocation. 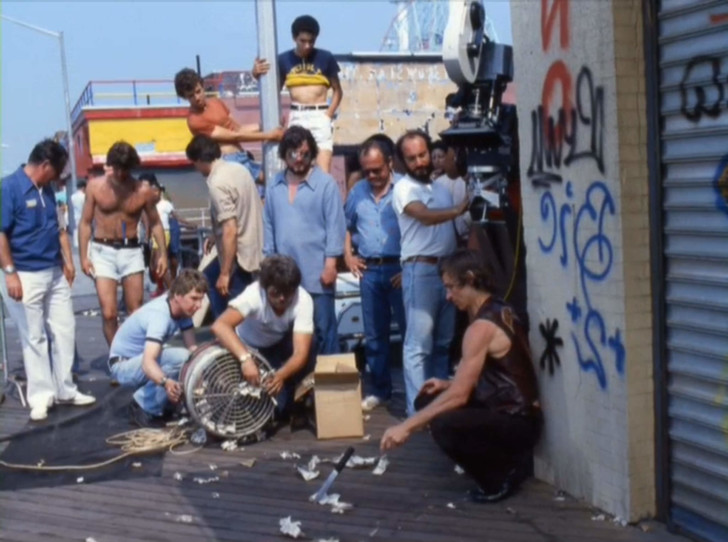 The Fox asks: How many hours is that and does a scene with Swan throwing a knife in the boardwalk at the start exist?

Let’s see, a reel of 900 ft. is roughly 10 minutes. So we had in the neighborhood of 30hrs. of footage for a ninety minute movie. Not so uncommon nowadays for an action flick. But MUCH easier to handle with a computer, where you’re not dealing with actual physical manipulation of film, and you can access any part of the material almost instantly. They don’t it non-linear for nothing. Swan throwing a knife at start. I found my way here because I was looking for a script, saw they had one of The Warriors, and stumbled on this site. Maybe there’s a scene in the script which they might have shot that moment — did you check the script? 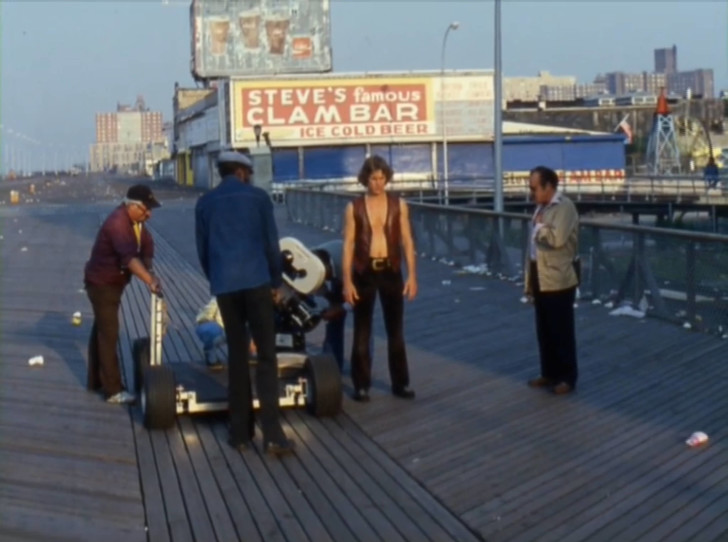 Tantive7 asks: Makes me wonder if there was stuff on the cutting room floor which at the time sounded like a good idea, only to get scrapped?

Okay, first an editor puts together the movie. French for editing is “montage,” which means building. So before you get to edit “out” any material, first you have to put it all together to make it sing. That’s the first part of the editor’s art, maybe the hardest, because the initial putting together of scenes is done alone. No two editors will come up with the same exact cut. Part two of editing is finding the throughline. (Here, for the 1st time, material gets dropped. Not to the editing room floor but into “lifts,” maybe to be put back into the movie later). Think of all the flicks where you’re confused, or you want to get popcorn. Something’s not keeping you hooked into the movie. Good editing helps keep you on track, either into the story or the characters (or both). With The Warriors we had a strong story setup (everyone’s after them; it takes a while for them to wise up); they get separated and face different dangers; reunite, etc. We needed to stick to the story and keep it moving. Anyway, my point is, editing isn’t just what’s “on the cutting room floor.” Spread the word, boppers.

War Chief asks: Were you ever on set or just in the cutting room?

Since they shot nights I got to the set quite a lot. Most memorable: Riverside Park where they were shooting the fight with the Baseball Furies. When I saw that I knew the movie was in overdrive. In response to another question, though, I don’t think any of us thought the movie would be a phenomenon. It died at the BO after Paramount pulled it. There was no video for a long time. The tv version was lame (no fights, all the dropped daylight explanatory footage resurrected). So we all had had fun, and that was that. 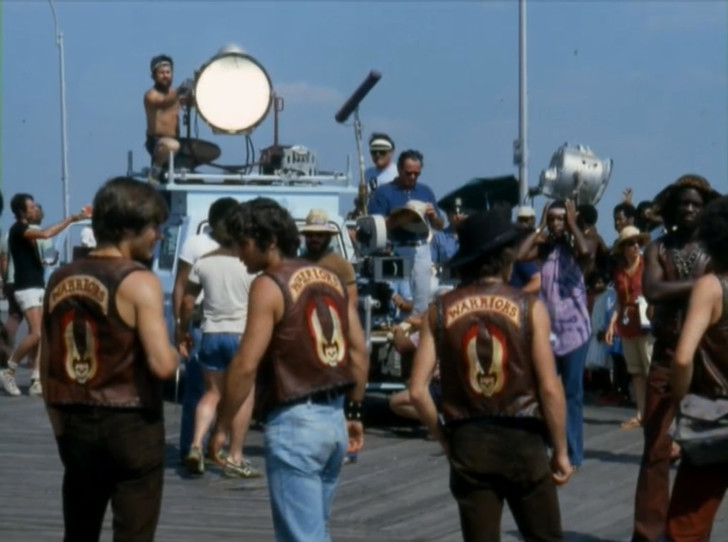 Tantive7 asks: Did they change any of the music at the last minute?

I’d used all kinds of temp stuff featuring (then) contemporary groups like Earth Wind and Fire. But for the DJ’s first disc, I’d played the original “Nowhere to Hide” by Martha and the Vandellas. I was disappointed that they didn’t get the rights to that version, as she would have been playing an oldie that everyone knew, not an unknown cover.

SHM asks: Of course there’s stuff that got cut, and probably a million feet of film that went by the wayside, but, is there any way to get our grubby little hands on it?

Lost forever, I assume. Even Walter Hill didn’t add any new footage from the old negative of Warriors, just artwork. The workprint and negative were put in a vault somewhere in 1980. Paramount, then owned by Gulf and Western, later by other conglomerates, would have been loath to carry the expense of storing forever the outtakes of thousands of films, so figure all the stuff not used is gone. If it exists, where? Maybe in 50 years someone will stumble on a vault of decaying film, pick up a box labeled “Warriors,” and consign the whole thing to oblivion. Kinda like the sled at the end of “Citizen Kane.” 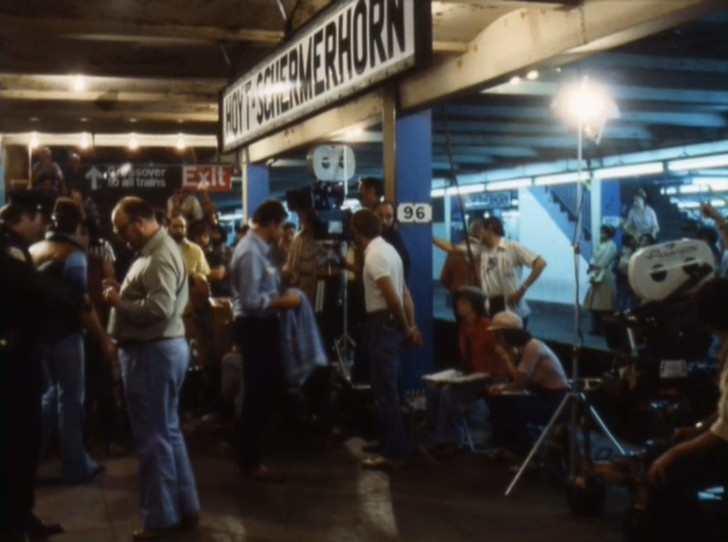 BaseballFury100 asks: Is there any footage of something happening to Ajax after he gets arrested? Any more footage of Cleon?

No, Ajax is busted in the park and that’s it for him. Cleon gets it at the rally and that’s all for him. Really, what you saw in the movie was all there was, except for the daylight material which, as I said before, didn’t belong and was rightfully edited out.

War Chief asks: I guess this has to be asked, what is your favourite scene from the movie and was it the one you had most fun editing?

The rally (or whatever you call it) in Brooklyn, definitely the fight with the Furies (“turn you into a lollipop”), “Warriors, come out to play,” the concept of a gang on rollerskates in Union Square station, the Riffs and the DJ in the way they were filmed, the prom couple, James Remar as Ajax — he’s just great, the look of the Turnbull ACs, the whole look and feel of the movie, which was both exciting and a hoot at the same time. 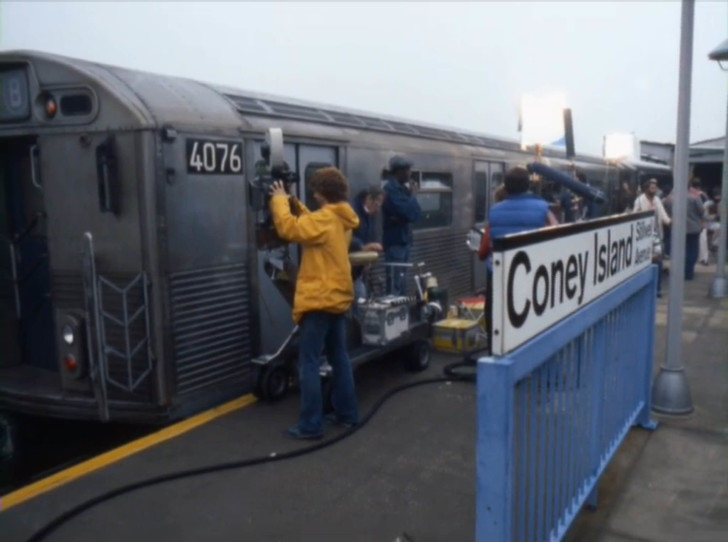 KillerMime asks: Regarding the Furies fight scene, do you recall the deleted footage? There is a scene in the theatrical trailer where, as Swan runs up to the rest of the Furies, one of them turns around and spins a bat out from behind his back, kung fu style. I always wondered in that scene if Snow had a bigger part in the fight and if the actual fight was longer in your earlier cuts.

There is a scene in the theatrical trailer where, as Swan runs up to the rest of the Furies, one of them turns around and spins a bat out from behind his back, kung fu style. I always wondered in that scene if Snow had a bigger part in the fight and if the actual fight was longer in your earlier cuts.

Yes, my cut of the fight was longer. The trailer people had my version to use when they cut their trailer, that’s why it made its way into it (as happens with lots of movies). Then Billy Weber recut them (under Walter’s direction) and they were shortened and simplified.

Thanks very much David!