Warriors Movie Site (WMS): Firstly, how did you go about getting the part of Luther in the movie, and was it the part you originally wanted?

I had never been in a movie before but I had been thinking about them and studying them and making student films before I arrived in New York. Kurosawa was my favorite with Toshiro Mifune. I went in for one meeting with Walter Hill and Larry Gordon and I think they were first considering me for one of the Warriors. Then they both came to see me on Broadway in Working that I and Lynn Thigpen were in. My part in that was Charlie Blossom ,a funny, scary homicidal maniac so I think they began thinking about me as Luther. When I went for my second meeting I remember Walter saying “I think you are in the spirit of this movie.”

WMS: What are your thoughts on The Warriors movie and how it has shaped your career?

Because it was my first film I learned so much especially about the difference between what the original script is and what finally ends up on the screen. All the craft of producing which is organizing and hiring the set designers, camera workers, costumers, the director, writer and actors. They all contribute so much. I was very fortunate with The Warriors and I am glad it meant so much to people. I am very proud of it. I wanted Luthers headband to look somehow like a Toshiro Mifune Samurai. 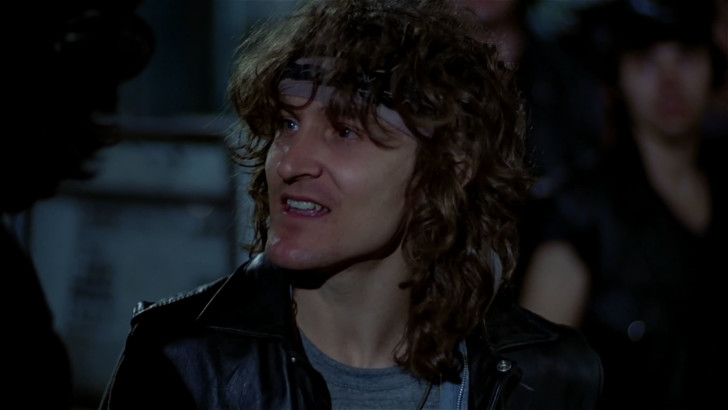 WMS: This has been a question which has long been debated – who were you talking to on the phone in the candy store?

Walter and I didn’t talk too much about who Luther was speaking to on the phone. I think he only said “the Boss”. I made up a character as “the Boss” who combined political corruption with gangsterism, someone Luther knew from a young age, a kind of mentor who Luther was anxious to please, a kind of Fagin/Boss Tweed.

WMS: What was it like filming in New York City at night in the late 1970’s, and did you have any experience with meeting real-life gangs on-set?

A couple of gang guys wandered up to me in the conclave scene before the assasination of Cyrus and looked at the badge on Luthers vest and said “Who you? The Sheriff?” I just looked at them and they wandered back into the crowd. I think the huge stunt guys standing with me helped. 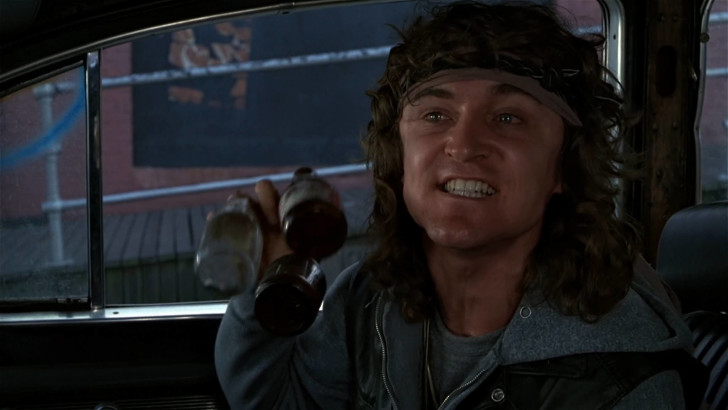 WMS: Can you remember the location of the scene in the candy store as this is one we have no idea as to where it might be?

The Candy Store was on Avenue A and 2nd street on the Lower East Side.

WMS: Did any of your scenes get cut from the movie, and if so what did they entail?

All of Luthers scenes were in the film plus the added “Come Out To Play” scene. 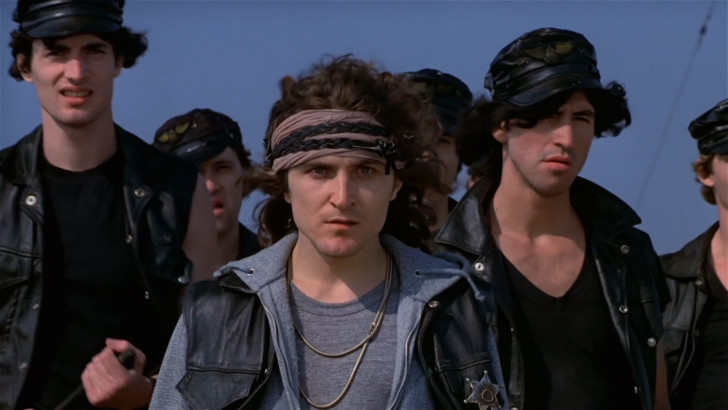 WMS: How many times did you have to shoot the famous ‘Come out to play’ scene before Walter Hill was happy with it?

I think we did it in one take. We rehearsed it and Walter had me bring the bottles up slowly and then we shot it in one.

WMS: How does it feel to be responsible for the one of the most memorable and oft-quoted lines of the movie?

I’m grateful that people remember it and to Walter for letting me collaborate with him on that. 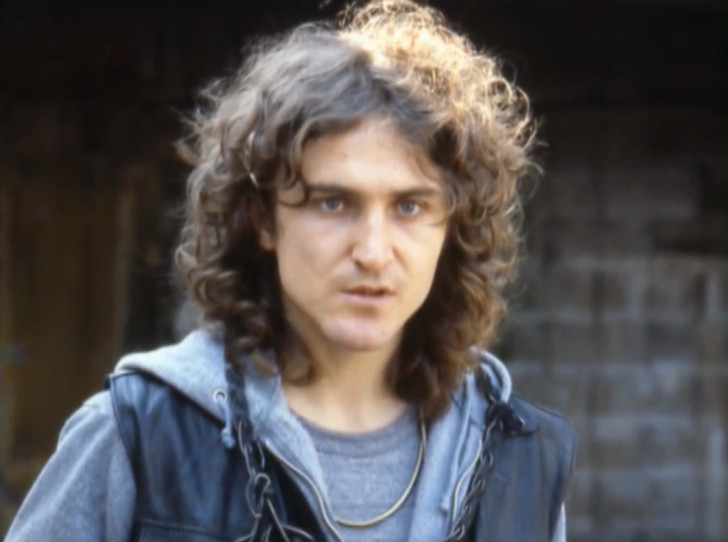 WMS: What was it like driving that old rusty hearse?

There were no seats except for the drivers seat that Joel Weiss was in. Me and the rest of the Rogues sat on crates or nothing. It was fun.

WMS: Did you get to keep anything from the movie as a keepsake, like the jacket?

I have Luther’s entire costume except for the Cowboy Boots which I wore until they fell apart. 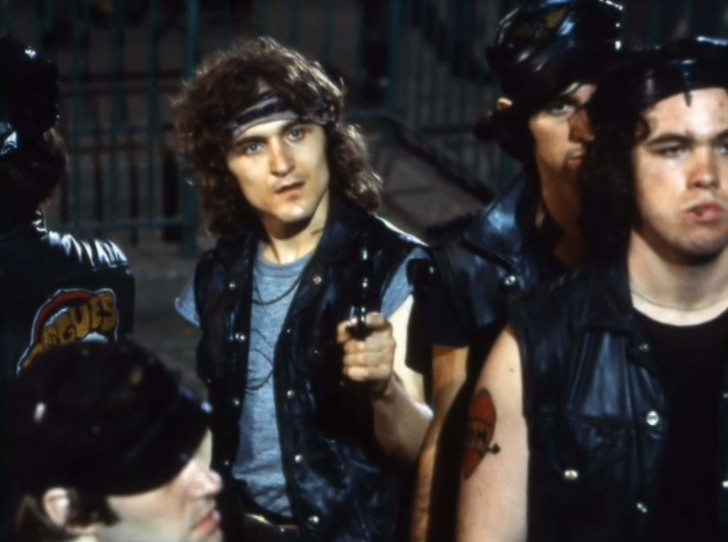 WMS: Have you had a chance to take a look at The Warriors video game, and what do you think to the voice actor who was your replacement?

Never saw or heard the game.

WMS: If given the chance, would you like to reunite with your old cast mates from The Warriors?

I’ve seen my old pals Deborah Van Valkenberg, James Remar, and Thomas G. Waites from time to time in New York and Ginny Ortiz (Candy Store Girl) and her husband belonged to Seido Karate where I belong. And I attended the memorial service for Lynn Thigpen with all her family and friends which was great. I’d be happy to see any of the cast or crew anytime. Warriors Forever. 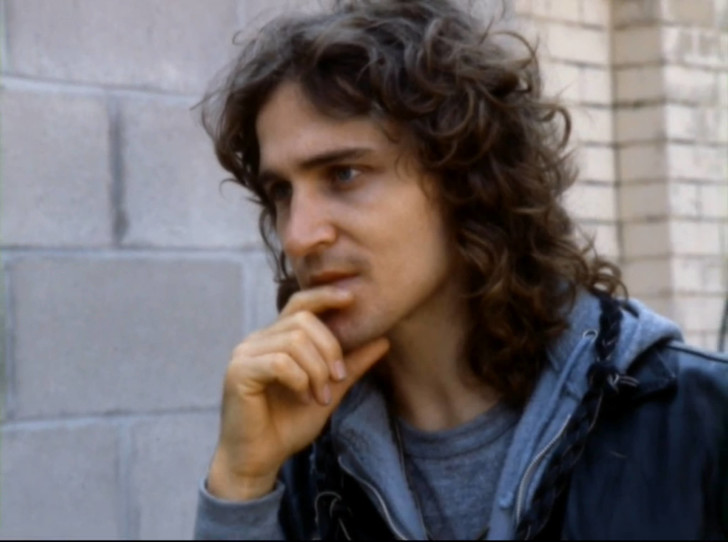 WMS: What are you currently up to and do you have any projects in the pipeline?

Lots of interesting theatre, music and film projects . I’ll keep you updated. Peace to all the Warrior Fans.