I am very excited to announce that a new board game, based on The Warriors movie, is now live on crowdfunding platform Kickstarter and Silly Kid Games, who developed the game, are hoping that fans will rally behind it to help make it become a reality. You can view the campaign and make a pledge here.

The multi-player game and planned expansions will transport players to the gritty streets of New York City to take control of their chosen gangs and battle for supremacy. The game will be a new immersive experience that fans of the movie will love and will feature gangs from the movie with their own unique character based on their appearances in the movie. 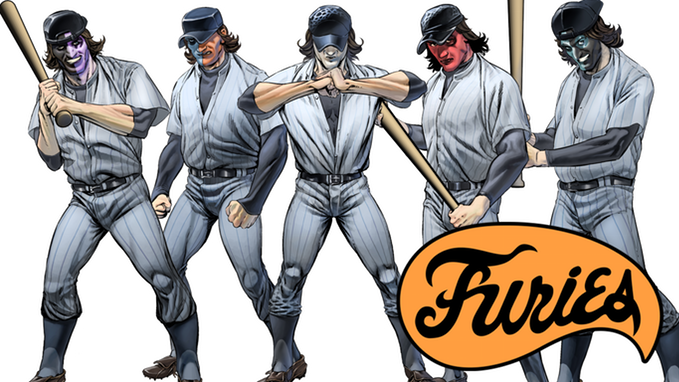 “I’ve seen The Warriors countless times and am excited to collaborate with Paramount to create a game based on the movie,” said Silly Kid Games CCO Justin Powell. “If there’s any movie that lends itself to a tabletop game, it’s The Warriors! ”

“The Warriors provides a deep universe that lends itself well to tabletop games and I’m thrilled to explore elements and areas not depicted in the movie,” said Daniel Lees, lead game designer with Silly Kid Games.

In new information released to The Warriors Movie Site, Julia Powell, Marketing Director at Silly Kid Games said “The Warriors Turf Wars will include 6 full color turf boards, 16 dice, 29 weapon tiles, 45 full-color character miniatures, and 30 Event cards [and] is an aggressive strategy game based on the cult classic film The Warriors. Assume control of one of the film’s iconic gangs and immerse yourself in the action as you fight to take control of the city’s boroughs and add them to your growing turf. Unpredictable events and a growing police presence complicate even the best-laid plans, compelling truces between bitter rivals or forcing gangs to flee in the face of insurmountable odds. Watch out—each choice you make will either reinforce your dominance … or bring you closer to defeat.” 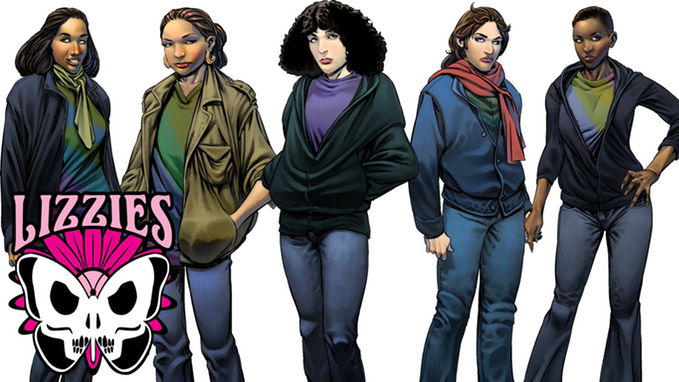 “Each game of The Warriors: Turf War consists of three rounds of skirmishes, with each skirmish taking place on a different Turf. When fighting for a Turf, each gang’s goal is simple: annihilate the other gangs’ units. If there is a police presence, all police units must also be dealt with before the Turf can be won. The gang that has won the most Turfs at the end of the third round wins the game.”

In an exclusive interview with The Warriors Movie Site, we get to talk to Daniel Lees, Lead Game Designer and Josh Hendricks, Game Co-Designer, at Silly Kid Games who offer up their thoughts on the new game.

Warriors Movie Site [WMS]: What is the biggest reason that fans of The Warriors movie will enjoy playing this game?

Daniel Lees, Lead Game Designer: Well, there are the more obvious points I can say. It’s going to have all of our favorite gangs. It’s going to have the locations, the characters, the weapons. Most importantly though, it’s going to have “the vibe.” That sense of urgency and importance found throughout the movie. Each unit is a character with their own name and their own model, and we want you to love those characters like you did when you watched the movie, so that when another player kills them or they get arrested, it hits you, and you feel it. When a unit is dead or gone, they’re dead or gone for the rest of the game, so every choice you make could take out one of your favorites or swing the tide wildly. Every move you make matters, and nobody is safe, and that’s how we want you to feel.

WMS: What was the most challenging part of creating The Warriors Turf Wars?

Josh Hendricks, Game Co-designer: This is our first experience working with an intellectual property that isn’t our own. We’ve intensely familiarized ourselves with the film, its characters, and its world, but we still have to have all portions the game (gameplay, artwork, press releases, etc.) approved by the property owner. It’s an entirely reasonable situation, and it further ensures that the game will be 100% representative of the franchise it’s based on, but the approval process basically adds one extra step to every phase of progress on the project.

WMS: Will the game offer a new and unique experience each time you play?

Daniel: Absolutely! There are a number of ways that the game will be different every time you play it. The most notable one is the “Tune In” deck, which causes interesting and unique events to take place during each skirmish. These events are flavored around the idea that the “DJ” is sending out notifications to the gangs, telling them if there are weapons at the location, or if police are present, or maybe it’s just a duel between Warlords. Sometimes when you play, the Police could be rampant and just absolutely wreck you, but there is also the chance for flat out gang warfare. Put all that together with different unit combinations in each skirmish and how each player will treat their “Upgrade Phase,” there’s quite a lot that will make the game play it’s own special way each time. 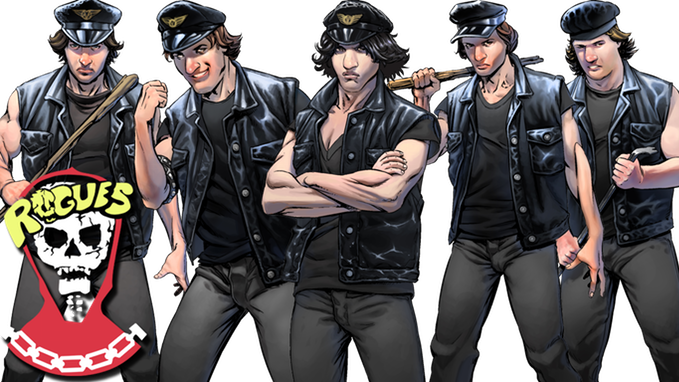 WMS: What is your favorite element or part of the game or gameplay?

Daniel: My favorite part of the game, in terms of non-gameplay, was just some of the stuff we were able to do with the property. I am honored to be a part of this experience. There are things we got to do that still just baffle me. We were allowed to come up with names and create art for characters that lived in the background of the film and were given a chance to bring out their personality, and hopefully create some new fans for those characters. Which brings me to my favorite part of the gameplay. Remember that “the vibe” thing I was talking about? That’s my favorite part of the gameplay. There’s so many opportunities for heartbreak and excitement. One of your Soldiers you don’t care about may hit a few criticals on a Warlord and send the enemy team retreating from a fight, and suddenly that Soldier is a badass. You upgrade them to a Muscle and they’re swinging harder than ever, but one slip up and an Artist with a switchblade comes in and kills your big badass, or worse, they get hauled off to jail, and you’re left to ponder your course of action as to why things ended up that way. Each game will have it’s little elements that create a story like that. I love it.

Josh: Daniel and I have play-tested this game more times than I can count, and still every game of it that we play is hype as hell (I tried to think of a more eloquent description, but that’s the most correct way to put it). We designed all the components of this game, so we know every Tune In event that might come up and every weapon that might make an appearance, but it’s still a blast seeing exactly how things play out during our 112th play-through of the game. Victories are almost always edge-of-your-seat, down-to-the-wire. Will my Warlord get killed by an insanely lucky Artist in the second round? Are we going to be fighting for dear life against a full riot squad of police in the last skirmish? Like Daniel talked about earlier, we really have worked a ton of replay-ability into this game.

The Warriors: Turf War is currently in pre-production and slated to be released in 2016 with expansions to follow. It can be played by 2 to 4 players ages 15 and up. Additional details will be released on www.sillykidgames.com as well as on Facebook: https://www.facebook.com/sillykidgames

You can of course pre-order the game by supporting the Kickstarter campaign by clicking here.

The Warriors game bops its way on to PlayStation 4

The Warriors game bops its way on to PlayStation 4