Last weekend something amazing happened – the first convention held in the UK dedicated to The Warriors. It was a long time coming but boy was it worth it. Over two days fans from across the UK came together to celebrate The Warriors. In fact, I met people from Australia, Colombia and Spain to name just a few places so people had travelled a long way to be there. 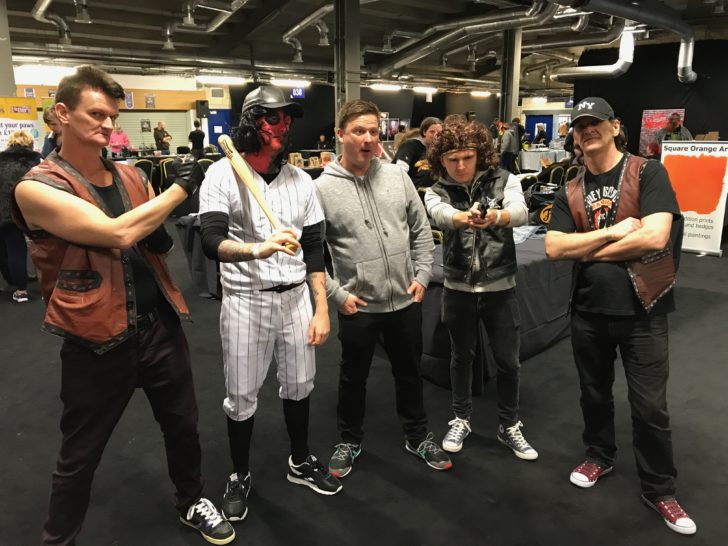 One of the highlights of the event was the opportunity to meet seven cast members. These were Michael Beck (Swan), David Harris (Cochise), Thomas G Waites (Fox), Terrence Michos (Vermin), Dorsey Wright (Cleon), Brian Tyler (Snow) and Konrad Sheehan (Punk’s Leader). The guys were fantastic and those that I spoke to really enjoyed being in the UK meeting fans. You really got to spend a lot of time with them including a chance to “meet & greet” the cast in the bar over a beer where they were more than happy to pose for photos, answer questions and sign autographs.

Another highlight of the event were the Q&A panel sessions. I went to all of these and whilst they did get a bit repetitive for those of us who were there all weekend with the same questions being asked, it was interesting to get confirmation from David that The Warriors did fight other gangs and that the footage never made it into the film (possibly the Savage Huns). Konrad also confirmed that his initial costume was leopard-print (which can be seen being worn by someone else in the conclave scene) and Brian talked about how they got paid extra to film the scene with the exploding car due to the extra danger – which turned out to be quite dangerous since too much explosive had been added with people apparently getting injured or knocked off their feet due to the blast. It’s these snippets of information that super fans like me love! 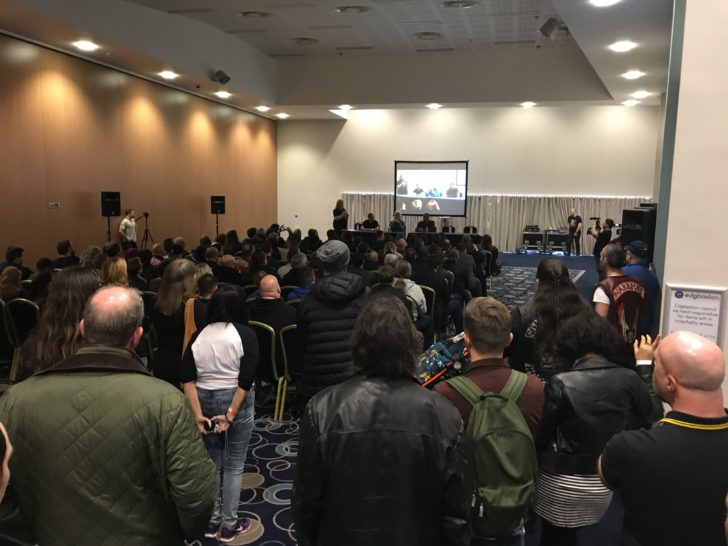 In the main hall there were a wide range of vendors selling photos, t-shirts, vests and amazing original artwork. One or two people even got Warriors tattoos which looked cool (even if tattoos are not for me personally!). Having the soundtrack on in the background would have been a nice touch to add to the atmosphere. 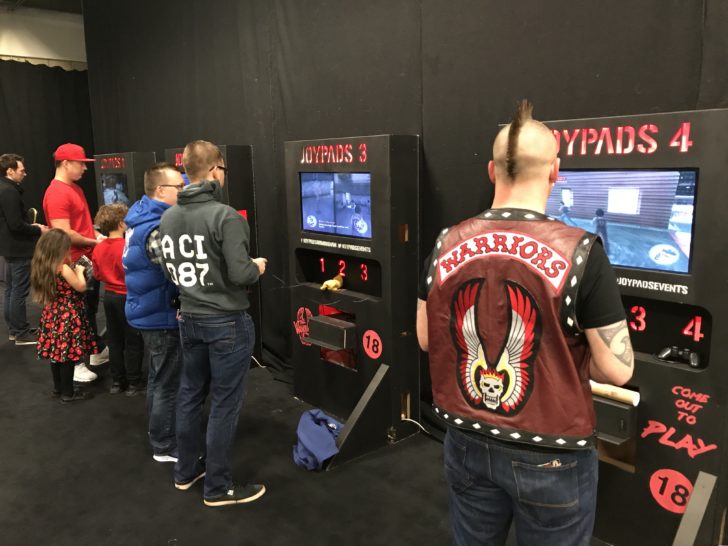 There were some brilliant arcade machines where people could play the video game and quite a few people came in costume. Whilst there were many in Warriors vests, I did see Furies, Punks, Hi-Hats, Electric Eliminators, Rogues, Boppers and Orphans. Sadly no Lizzies, but then they didn’t really have a costume. 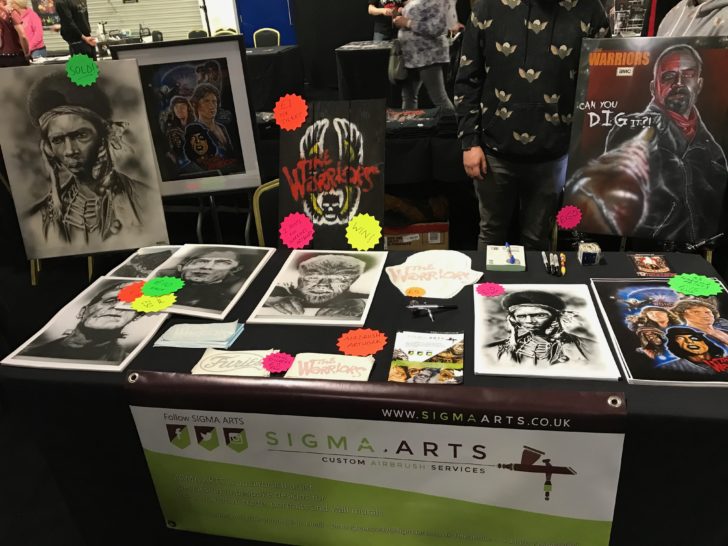 One of the biggest highlights for me was the chance to finally meet some of the long-term followers of this website and forum as well as those I have more recently being speaking to on Facebook. A special nod goes out to Jonny McFly who let me gatecrash his photo stand all weekend and to Shaun Powers who I finally got to meet after about 15 years and who probably knows more about the movie than anyone on the planet! I’ll see you guys at the next one!

Upstairs there was a fantastic gallery of Warriors artwork and posters and perhaps the creme-de-la-creme – two original vests from the movie that belonged to Cochise and Rembrandt, along with Cochise’s necklace. A big thanks and a massive shout out to Craig and Jon for sharing those treasures. As you’ll see below, the patches are different. One supposedly has original patches whilst one features replica patches – can you tell which is which? 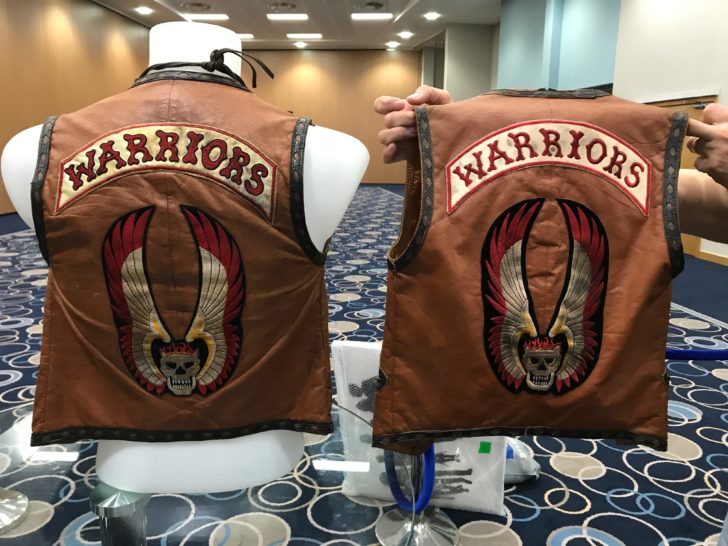 All in all it was fantastic to be in Birmingham mingling with the cast and fans of the movie. I’d like to extend a massive thanks to Vic for running UK Conclave and planning it to the smallest detail to ensure that everything ran broadly to time and making it a success for fans and the cast alike. The question is, will it run again? Well, I speak on behalf of many fans in that I hope it certainly does happen again. The 40th anniversary is just around the corner – just sayin’!